Skip to content
Posted on September 9, 2017September 25, 2017 by agirlwithsomethoughts 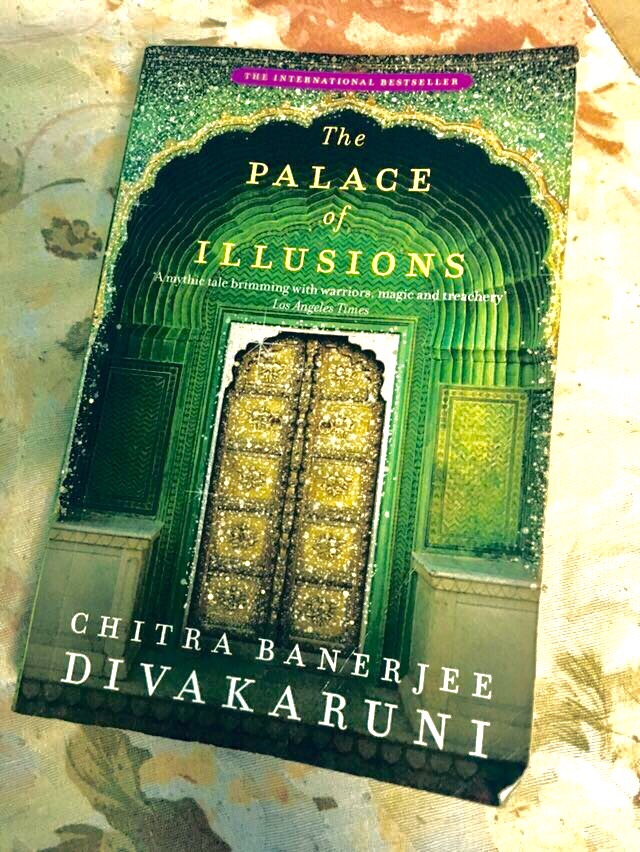 India is know for its affluent Mythological history. I’ve literally grown up reading and watching tales of Mahabharata, Ramayana, Lord Krishna etc. on Indian television. Mahabharata is the biggest epic ever written and it is one of my favourite. So when I came to know about the plot of The Palace of Illusions, I was so excited to read it. I’ve just finished reading The Palace of Illusions and now it is one of my favourite book.

Those who don’t know about Mahabharata let me just tell you that it is the biggest battle that had occurred in history between two branches of kuru dynasty, the Pandavas and the Kauravas. The lifelong struggle between the cousins for the throne of Hastinapur culminates in the bloody battle of Kurukshetra, in which most of the kings from that era participated and perished.

In this book, Panchali(Draupadi) is put in the forefront of action. Hence, the vast and fascinating tales of Mahabharata is from her point of view in this book. The author of this best-selling book is Chitra Banerjee Divakaruni.

One of my favourite part of the book is the map that she has given in the preface. It shows all the important characters and their relation. So for those who don’t know much about the characters, it will be of great help. 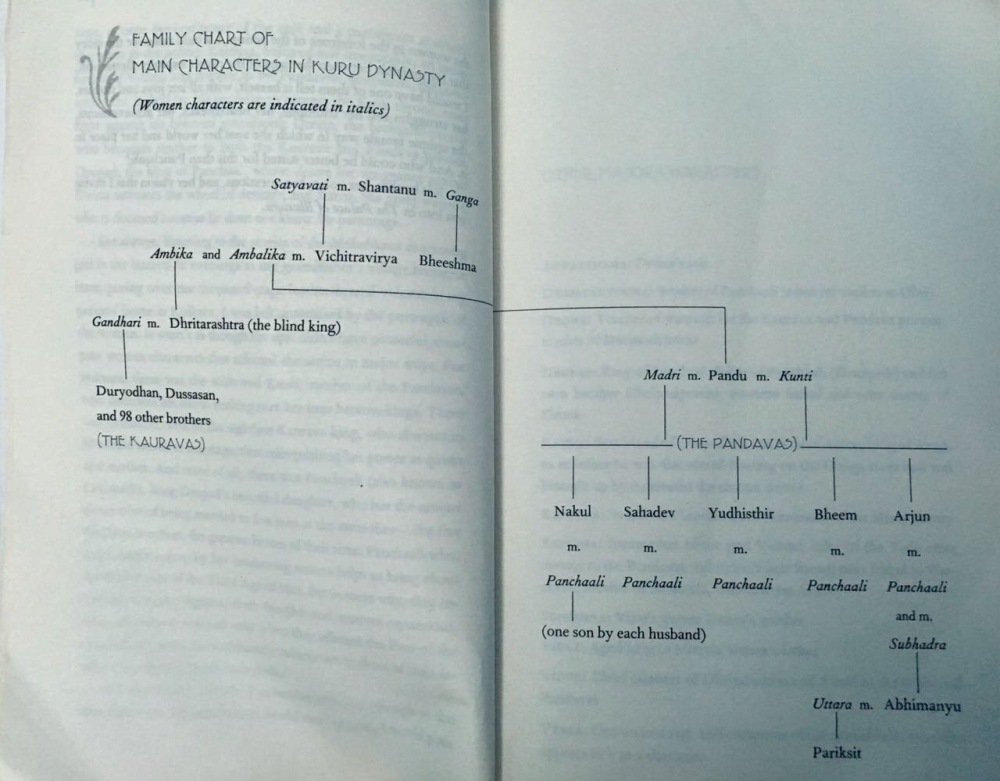 Panchali is the woman who was born out of fire, married to five of the fiercest warriors of her time (the Pandavas), the queen who ruled one of the most magical of palaces, one who refused to learn the lessons her friend, Krishna, a God incarnate, taught her, a woman who was obsessed with vengeance, and spurned by the world for having been the cause of the great battle of Mahabharta, the battle that saw clans obliterated, and millions dead.

I’ve watched the entire telecast of Mahabharata which was aired on Starplus (television channel) 4 years back and so I was aware about most of the tales. But reading them from Draupadi’s perception was a new experience. The strong brother-sister relation between Dhri (Dhrishtadyumna) and Draupadi was something new and I am happy that the author gave importance to a character that is not widely talked about. Also the connection between Draupadi and Karna was a new tangent for me. I never knew about this part of the history.

I will not discuss the details of the book as Mahabharata is a convoluted saga (it is roughly ten times the length of the Iliad and the Odyssey combined, as per Wikipedia). However, I will say that all the major characters and tales are included in this book which includes childhood days of Draupadi and the Pandavas,Draupadi’s  swayambar, the magical palace in Indraprastha, famous dice game followed by Draupadi’s humiliation, their expulsion, their struggle, the war and their death.

Overall, it was a marvelous experience. Those who know about the characters and the story line, it is a must read because you get to read a completely different vantage point. And those who want to read a mysterious book full of tales and characters and plots and war and learnings and power and magic and revenge, it is THE BOOK.

6 thoughts on “My exegesis on The Palace of Illusions”

I have just completed my graduation and I am preparing for MBA entrances. I love to travel and explore different cultures and I love to read books. My hometown is in Rajasthan but I live in Delhi. View all posts by agirlwithsomethoughts